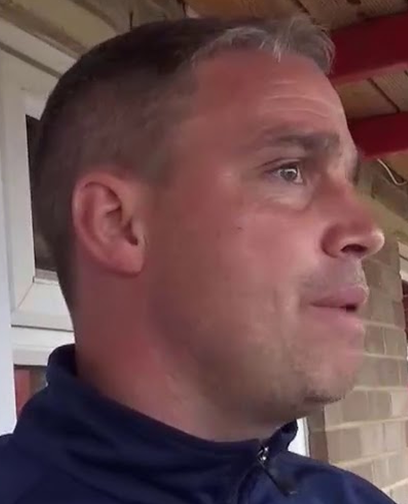 Duff Display at the Globe.

Cheltenham have had a mixed start to the season. They lost their opening game by the only goal at Leyton in Orient’s first match back in the EFL. They bounced-back to beat Scunthorpe 4-1 at home last Saturday before being dumped out of the League Cup 3-0 by Bristol Rovers during the week. They were seventh in League Two before today’s clash in Lancashire. By contrast, Morecambe were twenty-first in the table.  But they drew at well-fancied Mansfield last week and the then went one better to beat the Stags on penalties on Tuesday night to progress in the League Cup to meet Burton Albion in the next round.

In past meetings, the Robins have won nine of twenty matches in all competitions and lost five of them, including their 4-0 defeat at the Globe Arena last April. Manager Michael Duff is a Northern Ireland international and he turned-out for the Robins nearly two hundred and fifty times as a player before playing in the Premiership with Burnley. Respect is due for these feats alone but who would want a surname like his? I personally really despise any crass hack looking for a cheap headline incorporating his name in any drivel they might write. Why?

Moving on very quickly, Mr Duff gave an interview before the game talking about the costs of overnight stays before away matches. A coach for two days plus its driver; accommodation for 30 people `including staff’ and food. It all adds up to a pretty penny. This, he said, was motivation enough for his team to do well in order to, quote `pay back’ the investment made in them by the club. As a Mr Motivator Message, I’m not sure how many marks out of ten it would get – but it’s certainly one way of looking at things. As far as today’s clash was specifically concerned he said about the opposition:

“They’ve had two tough games against Mansfield and got two good results. They were a crossbar away from going 3-0 up on Saturday and then on Tuesday night they’ve made a few changes and had a man sent off after 22 minutes and I think it shows you everything about what they do. I don’t mean that disrespectfully because I know Jim [Bentley] well. I’ve got the utmost respect for him. I think I said it this time last year: he does an unbelievable job to keep them in the Football League every single year and I think it goes under the radar.

He shuffled his pack to bring back Hull City loanee Max Sheaf, Ryan Broom and Gavin Reilly at the expense of Chris Clements, Alex Addai and Conor Thomas. Jim Bentley brought back Captain Barry Roche and changed his opening line-up considerably from the eleven that started against Mansfield in midweek.

It was sunny but very breezy at the North Lancashire seaside as the game started. There was a minute’s applause for well-known Shrimps fan John Traynor as well as Malcolm Richmond. Malcolm scored the first of Morecanbe’s goals in their 2-1 victory in the 1973 FA Trophy win at the old Wembley. Both men died recently and both will be missed.

The visitors must have won the toss as they elected to play with their backs to the home end – but also with the wind at their backs. There followed a disjointed 47 minutes of football with both sides making far too many unforced errors. Barry Roche made the first save of the match, easily fielding a weak header after four minutes.  The next action of any note was when Adam Buxton knocked-over one of the Assistant Referees to the great amusement of the sparse crowd. Kevin Ellison – one of few Morecambe players to make any impression in the opening half – sent a wild shot over the bar with almost a quarter of an hour played. It seemed to me that he was fouled by visiting goalkeeper Scott Flinders five minutes later by his near post but fussy and officious Referee Geoffrey Liddle gave nothing. The otherwise ineffectual Andrew Tutte gave the ball way appallingly after 26 minutes to set the Robins on the attack but it fortunately came to nothing. Two minutes later – for reasons which are completely lost on me – the Referee spoke at some length to both Managers by the touchline. Just before the break, following a mix-up in the Shrimps’ area; the ball only just missed Big Baz’s right-hand post.  But the closest anyone came to scoring was when Lewis Alessandra hammered the ball against the bar with Flinders beaten and then had his follow-up effort bundled away to safety right at the death.

Could the second half possibly be any worse than the first one had been? Yes, it could.

Alex Kenyon seemed to be badly hurt after an hour or so and was forced to hobble off. With seventy minutes played, official Man of the Match John O’Sullivan went on a tremendous run down the Morecambe right and slung off a tremendous shot which an otherwise anonymous Cole Stockton struck only just over the bar. Shrimps’ fans hearts were in their mouths after 78 minutes when Baz was lucky to get away with just a yellow card for a foul on Ryan Broom just outside the penalty area. For once, Mr Liddle was up with play – for most of the match he was watching from afar. In extra time, Flinders did well to punch a dangerous cross from the Morecambe left away to safety and then made a half-decent effort from Tutte look like child’s play to save.

But all in all, this was a truly dreadful match and you feel that if they had played until midnight, nobody would have scored. The Shrimps forwards looked as if they had never met before; there was no apparent understanding between the various combinations which were tried as the game grew older. Aaron Wildig was sadly missed in midfield and the only positive thing that can be said about this dire example of the Beautiful Game is that Morecambe looked very assured at the back, with Steven Old outstanding in my opinion.

A draw was probably a fair result but if it was possible to award zero points for poor technique and weak application, neither of these sides would honestly be able to complain. The single point pushed the Shrimps into nineteenth position in League Two; Cheltenham left the Globe Arena in eleventh.