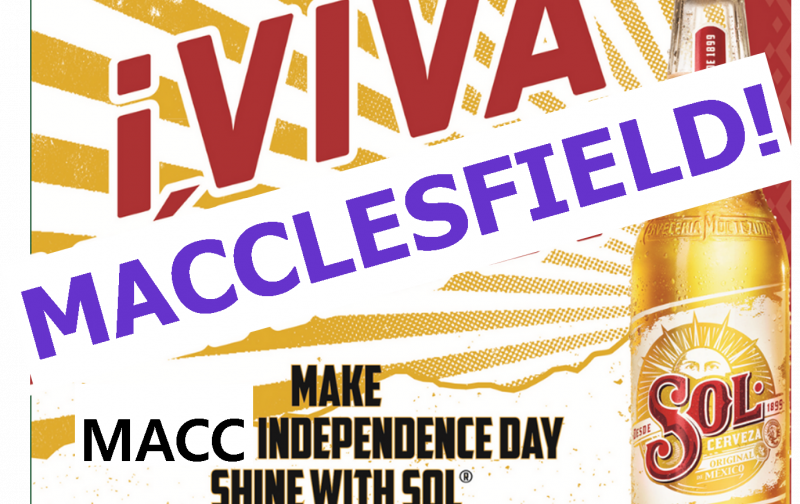 Not Silky enough for Morecambe…

Well, there’s rarely a dull day at Macclesfield Football Club. This time last year, they seemed to be Hell-bent on returning immediately to the National League from which they had just been promoted. Off the field, problems all too familiar to all Morecambe fans beset the Silkmen – with salaries not paid to players and staff and ambiguous statements by the Chairman, Amar AlKhadi, which didn’t help much to clarify anything. Friction between the Executive and the rank and file supporters included the closure of the area behind the technical area in the London Road Main Stand at the Moss Rose and the part of the Star Lane Terrace directly behind the goal. Butch’s Bar took on a whole new meaning for some Macc fans: certain of their number were literally barred from the pub within the ground as well.  So – on and off the field – the club was in something of a mess.

Enter Mr Sulzeer Jeremiah Campbell, former Arsenal and England star but a man with no previous managerial experience. It was a big gamble on a big man which provided big dividends. Sol kept the Silkmen up from a seemingly impossible position when he joined during November last year: they were seven points adrift at the bottom of League Two with just ten points from a possible 57 when he took over. Under Sol’s tutelage, Macclesfield managed to claw their way to a place in the EFL this term which was assured with their final game of the season: a draw against Cambridge which gave them a three-point lead over doomed Notts County just below them in the table.

It would appear, though, that promises made to the Manager by the Chairman and his brother Bashar during the closed season were not kept. Sol was not offered the enhanced salary he had been promised, apparently – worse still, it would seem that he wasn’t paid at all. Against a background where six un-named former players organised a Winding-Up Order against their former employers for non-payment of wages, Mr Campbell found that funds he had been promised to sign new additions to his squad had already been spent on keeping the club afloat. So he left `by mutual consent’ just last Thursday. And who can blame him?

Sadly, this state of affairs is becoming commonplace in lower-division EFL football. Bolton won’t be turning-out for their scheduled game at Doncaster tonight; Bury – formed in 1885 – haven’t played at all so far this season and are very sadly facing extinction on Friday. We have had well-known troubles of our own at the Globe Arena and are not out of the woods yet. Plenty of other League – and ex-League teams such as Darlington and Notts County to name just two – are feeling the cold blast of financial reality after over-ambition and overspending in recent times.  So for the likes of Macclesfield Town, life really is a struggle.

On the field, however, the club has rarely had it so good. They lost their first game of the season at Exeter but since then, they have won every game they have played, including dumping League One Blackpool out of the League Cup a week ago and winning at much-fancied Northampton last Saturday. They started tonight’s contest in fourth position in League Two; their visitors were nineteenth. In the twelve games they have played against each other in the EFL, Macclesfield have won three and drawn four in the past. New Manager Daryl McMahon – who replaced Caretaker Danny Whitaker yesterday – would be hoping for another positive result in his first match in charge. Morecambe put on another truly dire display at home last Saturday against Cheltenham in a goal-less draw of quite staggering mediocrity. (Unless you work for EFL on Quest, in which case they lost 4-0 at Lincoln as `the Imps met the Shrimps’. Will they ever get it right?…) If the forward line played even a fraction as badly as they did then, Macc’s defence and goalkeeper Owen Evans would be in for a very easy evening tonight.

In fact, Morecambe had the first attempt on goal as soon as the game kicked-off. Fed by Adam Buxton, John O’Sullivan tried his luck from outside the penalty area with a shot which went high and wide of the home team’s goal.  Buxton himself tried his luck after five minutes only to see his effort blocked. Then Jordan Cranston took his turn to miss, this time from a free-kick after eight minutes.  For the hosts, Jak McCourt was fouled after nine minutes and took the resulting free-kick himself only to see it deflected wide. Four minutes later, Barry Roche was the first goalkeeper forced into action on the night, doing well to hold a shot from Ben Stephens following clever interplay between the latter and Joe Ironside. The Shrimps had a real let-off with a quarter of an hour played. Theo Archibald cleverly curled a shot over Big Baz who was a helpless onlooker as the ball smacked against his bar and went over. With the home team asking all the questions and the Shrimps’ guilty of the sort of poor passing they had displayed repeatedly last Saturday, Town came close again after 24 minutes when Paddy Osadebe ran at the visiting defence and unleashed a shot which only just missed the target. Four minutes later, O’Sullivan forced the home goalkeeper into his first save of the night when he warmed his hands with a snap-shot from all of 30 yards. But Macclesfield had the next good chance just four minutes later. Fiacre Kelleher produced a fierce header from a McCourt corner which Roche did brilliantly to push against the bar, after which he was relieved to see his defence clear the ball. There was a shout for a penalty for the hosts right at the end of the half but Referee Paul Marsden gave nothing. So the first period ended all-square with the visitors frankly very fortunate to still be in the contest: this was yet another weak and fairly inept display by far too many members of Jim Bentley’s team.

If Jimbo gave his men a rocket at half time, it didn’t show. Their passing continued to be atrocious early in the second half and Macclesfield continued to ask all the questions. At the back, Sam Lavelle and Steven Old had their work cut-out clearing their lines and protecting their goalkeeper. In fact, despite dominating possession, Town rarely threatened to take the lead. Perhaps their best chance so far came after an hour when Ironside received the ball from the right when well-placed but he made a mess of the chance and Baz was able to gather the ball easily. Right against the run of play, however, Morecambe scored after sixty-five minutes. Cole Stockton won a free-kick; the ball found its way to Steven Old and the big Kiwi central defender slung over a lovely cross from the left which a diving Ritchie Sutton headed home brilliantly. It could have got worse for Town after 72 minutes when – from a very tight angle – Shaun Miller hit the post following a weak back-pass. New boss McMahon shuffled his pack with a double substitution after 76 minutes in an attempt to get back into the game. But try as Macclesfield might, they couldn’t – despite the awarding of a whole six minutes of extra time at the end.

Jim Bentley has frequently complained that his charges don’t often get the rub of the green. He can’t say that tonight. Macclesfield will play worse this season and win. Having said that, superb displays from central defenders Old and Lavelle plus a commanding performance from Captain Barry Roche made up for the lacklustre display by far too many of their team-mates – particularly in the forward line. Their first League win of the season pushed the Shrimps into seventeenth place in the division. Town, meanwhile, lost their winning habit and dropped to tenth place in League Two.