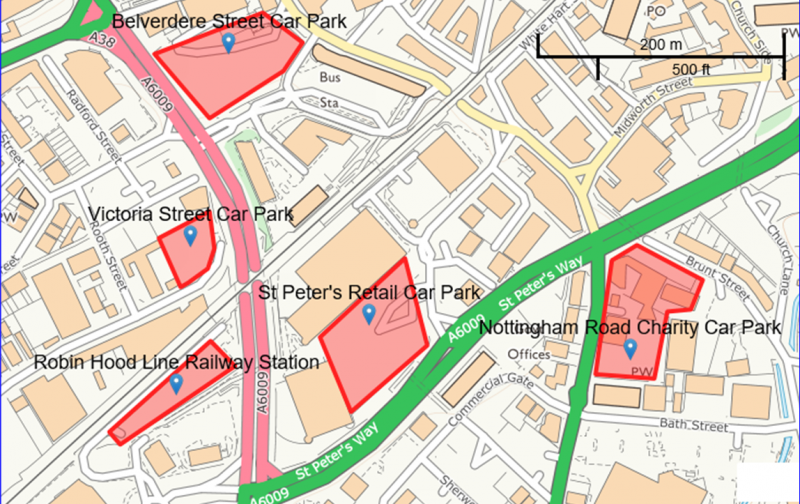 Mansfield Town are on the up. Possibly literally. Last month, Chairman John Radford bought Field Mill Stadium from the former owners and spoke at length about his ambitions for the club. Chief among these is automatic promotion. Stags’ boss David Flitcroft has steered the club into third position in League Two (good enough for his Chairman’s ambition) with a squad he told reporters this week didn’t interact with each other socially when he took over from the less than admirable Steve Evans during February of last year. Now, however, he claims to have managed to mould this group of individuals into a cohesive unit who watch each other’s backs and sing from the same hymn sheet.

“Unity always goes a long way” he said. “I think that respect has fallen out of society; fallen out of everyday life and even family life – but at a football club, you can run an environment based on huge levels of respect and that’s what we’ve done here: that is one thing that we have changed at this football club. They like each other but more importantly, they respect each other and that’s the big thing for me in a dressing room: that level of respect.”

In recent times, the Stags’ form is two wins; two draws and one loss from their last five games.

Morecambe ‘s record going into today’s clash was slightly worse with just one victory, three draws and one defeat. Against the Stags, though, the record of the team in nineteenth position in the table is also slightly inferior: five wins and eight losses in thirteen League Two games so far: these teams have never shared the spoils between them on even one occasion, unusually enough. Most significantly, though, the Nottinghamshire club took all the points in their last meeting, at the Globe Arena last October, with the only goal of the game.

It was sunny and quite warm as the match kicked-off and the visitors had the first strike on goal after just three minutes. Aaron Collins cut-in from the Morecambe right and unleashed a shot which Conrad Logan in the home goal did well to save. Two minutes later, Logan’s opposite number was also forced into action: Barry Roche produced a tremendous save at close range to turn a header from Luke Jones over the bar. A minute later, Baz was earning his corn again, this time denying a long-range effort from Jacob Mellis before getting to the ball just ahead of CJ Hamilton to prevent him connecting with a clever pass from Matt Preston with eight minutes played. The game was being played at a fast and furious pace but the next decent chance fell to the Shrimps. Zak Mills made good progress down the wind and slung over a cross which Andy Fleming volleyed powerfully goalwards only for Kristian Pearce to get in the way and deflect it for a corner. Roche, however, remained the busier of the goalkeepers and again excelled himself after 21 minutes to firstly get down low to parry a shot from Tyler Walker and then rapidly getting up to push Hamilton’s effort from the rebound away for a corner.

Twenty-eight minutes were on the clock when Big Baz was then was forced to parry another shot from Grant and then scrabble frantically backwards to stop the ball spinning over the line. But the goal which had been coming for quite some time for the hosts arrived after half an hour. Morecambe gave the ball away up the field and Malvind Benning set-up Mellis on the edge of the penalty area for a low shot which finally eluded the clutches of the Shrimps’ Captain. Grant then came close on a couple of occasions for the Stags and Mellis had a seemingly goal-bound effort deflected for a corner by a Morecambe leg after 40 minutes. Although Liam Mandeville forced a save from Logan during injury time, the home team had the final say of the half when Baz again did brilliantly to deny Jones’ header literally right at the death of the half. So the home side went into the break deservedly one goal to the good but the visitors would not have given up hope at this stage of the game.

The hosts soon picked-up where they had left off during the second period and Barry Roche was soon involved in the action again, using his foot this time to block an effort from Grant with only three minutes played. It was end-to-end after that and although Steven Old tested Logan again with a header from a corner after the Stags were continuing to look the more dangerous team. They scored a second goal after seventy minutes when Skipper Pearce kept his cool in the penalty area after the Shrimps had failed to properly clear a free-kick and coolly slotted the ball home. It got even worse for the visitors just three minutes later when Hamilton twisted and turned and then unleashed a shot which went between Roche’s legs. As the Lancashire team seemed to be in danger of coming apart at the seams, the Stags scored yet another goal after 85 minutes. This time, Benning tried his luck from a long way out and saw his shot nestle in the far corner of the net to make it four-nil to Town.

This turned-out to be quite a tonking for Morecambe. Ironically however, results elsewhere meant that Jim Bentley’s team is safe for another season in League Two. Notts County, Yeovil and Macclesfield all lost and with just three games of the season left to play, twenty-third placed Yeovil are now ten points behind the Shrimps with only nine points available. This may have been a poor display and a disappointing result as far as Morecambe were concerned today but the season – as the old saying goes – is a marathon and not a sprint. Hats Off to Jimbo for performing yet another magic trick on the smallest budget in the EFL. As I’ve written before, this man doesn’t deserve a mere Knighthood: he should be canonised for his commitment to Morecambe Football Club through thick and thin and the miracles he pulls-off season after season.