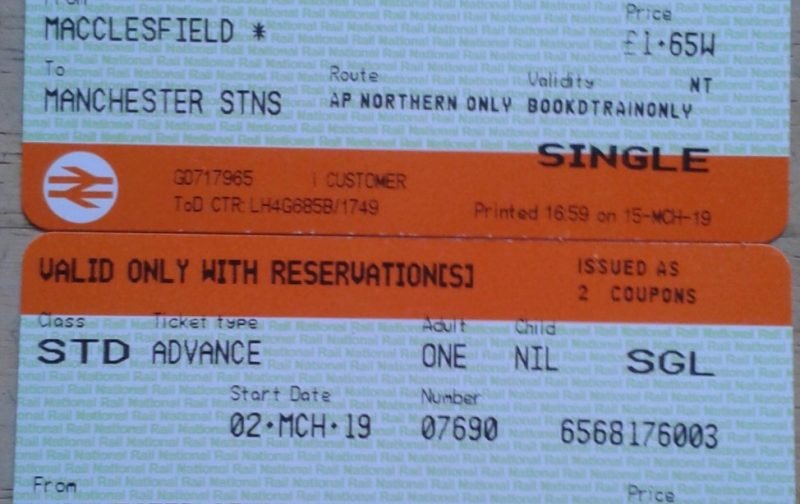 Macclesfield’s Problems: are they InSOLuble?

Six Pointer? That’s something of an understatement. Macclesfield Town versus Morecambe today at the Moss Rose had some of us booking our train tickets ages ago.

The almost impossibly early 5.46 train to Preston. Then the 6.20 to Manchester Piccadilly. Onwards from Manchester to Macclesfield at 7.11.

But something even more important in my own life came up.

So I didn’t travel to Cheshire today after all.

Personally, I love Macclesfield Town. Call it the Stockholm Syndrome if you must but the two names personally stamped onto my soul when the Northern Premier League was instigated during the late 1960s were Macclesfield Town and Wigan Athletic. This was a point in time when the best teams in the Lancashire Combination (which we were members of) merged with the cream of other non-League teams in Northern England. This included the Cheshire League – and they were simply better than all of us. Macclesfield won the NPL for both of its first two seasons and the FA Trophy as well in 1970. Wow. They were also much better than the crap teams in the closed shop of a Football League – as many football clubs all over the country were – at the time. But we all festered outside the Circle Of Life a.k.a. The Fourth Division which seemingly only devout Buddhists and the Football League in Blackpool both had total faith in.

When the Saint Sammy who both clubs still revere (Sammy McIlroy took the Silkmen to promotion from the non-League wilderness as Champions of the Football Conference in 1994), Macclesfield were knocked-back. The Moss Rose wasn’t up to standard. This – despite the fact that Chester City (in transition between the old Sealand Road and Diva stadia) were allowed to play all their home Football League games there. But the Football League has always been a law unto itself, hasn’t it? I digress… But Sam did it again for the Silkmen during1997 – and we all know what happened after that…

There have been problems both on and off the field at Moss Rose this season. Their appalling start to the EFL campaign after years of languishing anew in the non-League wilderness is well documented. Since Sol Campbell took the reins, however, the Silkmen have started to fight for their place in the League and it might be a better bet than the old nag I have chosen in today’s Grand National that they will still survive. This despite the current disquiet among their own supporters. There was serious trouble during their February home game against local rivals Crewe with rumours of bottles being thrown by Macc’s own alleged supporters. The direct result is an on-going controversy about parts of the Moss Rose being closed to home supporters in recent times following generally rowdy behaviour: only season ticket holders are currently allowed behind the technical area in the London Road Main Stand and parts of the Star Lane Terrace (specifically behind the goal) have been closed altogether. Some Silkmen fans are also not allowed to enter Butch’s Bar at the ground either. Owner Amar AlKhadi quoted part of a letter sent to him by the FA in trying to defend these decisions:

“We would like to take this opportunity to remind you that The Football Association has the powers to take disciplinary action under FA Rule E20 for the behaviour of spectators and with this in mind, we would urge all clubs to ensure that all appropriate steps have been taken to ensure both the safety of the technical area occupants as well as preventing unnecessary abuse being allowed to go unchecked.”

With their Chief Executive recently resigning and staff and players unpaid in recent weeks as well, Macclesfield really are in a bit of a mess which most Shrimps fans can empathise with. On the field, though, Sol’s men are unbeaten in three League Two games and were perhaps unlucky not to pull-off a shock win at leaders Lincoln last Saturday: instead, they managed a very commendable draw. In the eleven games they have played against each other in the EFL, Macclesfield have won three and drawn three. Morecambe’s five wins include their victory in the reverse fixture last September in which former Shrimps’ Captain Michael Rose was sent off. Tee hee.

The visitors were in control of the game in the early stages. As early as the second minute, Liam Mandeville wound his way through the Town defence but was unable to get his shot on target from an acute angle. Aaron Wildig and Mandeville combined well to set-up Aaron Collins, who chanced his arm from a way out after eight minutes: his shot went over the bar. But Morecambe continued to dominate and it was no surprise when they took the lead after 27 minutes. Steven Old got his head to a corner ball and nodded it back across the area for an unmarked Zak Mills to steer it past Kieran O’Hara in the home goal with an excellent header.

The goal seemed to wake the Silkmen up and almost straight from kick-off, James Pearson took a shot which narrowly missed the target. But the home team were level after 33 minutes, Ben Stephens finding Scott Wilson who played-in Elliott Durrell to smash it past Barry Roche in the visitors’ goal. The hosts could have taken the lead just six minutes later when Big Baz did well to push a free-kick from Reece Cole onto the post at full stretch to his right-hand side. Kevin Ellison then netted for the Shrimps but his effort was disallowed for off-side after 43 minutes. So that was it at half time: one each with the visitors being on top until they scored and Macclesfield shading it after this.

Sol Campbell must have revved-up his men in the Changing Rooms at half time because the team in the blue strip came out all guns blazing at the start of the second half. Once Stephens took a weak shot which missed after 49 minutes, though, Mills tried his luck again at the other end with a long-range shot which O’Hara fielded without too much trouble after 53 minutes. Macc had the next chance though: Cole and substitute Harry Smith did well to set-up James Pearson for a shot which Baz pushed over the bar with 67 minutes on the clock. The game went from end to end then and Fiacre Kelleher headed over at one end before Morecambe substitute Richie Bennett only just missed the target with almost seventy minutes played. Stephens then missed again for the hosts before Harry Smith headed just too high for Town. At the other end, Andy Fleming’s shot after 75 minutes was also too high. The visitors came agonisingly close to re-taking the lead after 80 minutes: Old again got his head to a free-kick which was whipped-in from the Shrimps’ left. As the home custodian stood by helplessly and watched, the ball just cleared his far post. Kev put a shot over the bar in injury time right at the death but the game finally ended all-square.

Jim Bentley would probably be more pleased with the draw than his opposite number. Sol Campbell will draw some satisfaction from the fact that his team remain unbeaten in four games though. But Macclesfield still prop-up the entire Football League. Having said that, they are now just one point behind the two teams above them – apparently self-destructing Yeovil and still doomed Notts County both also drew today. Crawley lost again at home today but remain six points ahead of the bottom three, which may be enough to save them at the end of the season. Although Morecambe fell one position to nineteenth today, they are a whole ten points better-off than the Silkmen and thus all but safe for another season in the EFL.