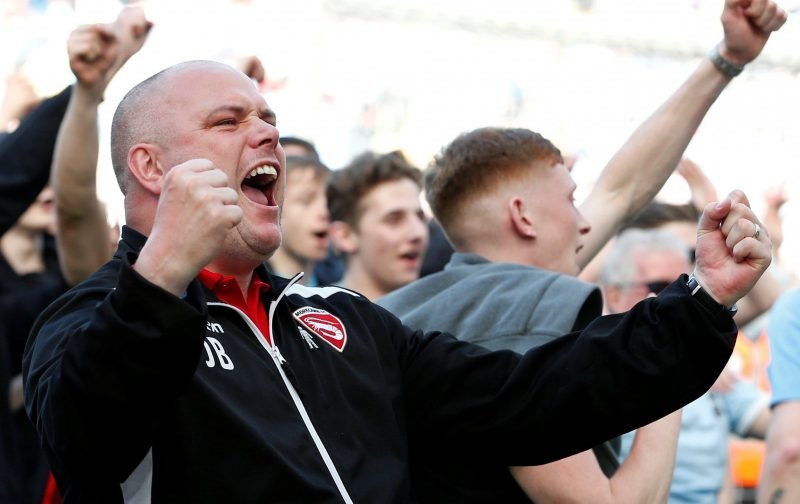 Morecambe Off The Bottom

Morecambe made the long journey to Essex today to face Colchester United in the hope of getting at least one point to help them in their quest to avoid becoming adrift right at the bottom of the EFL. United were eighth in League Two before the game and on a run of three wins, one draw and a loss (against Crawley last Saturday) in their last five games. Most notably though, John McGreal’s team famously dumped mighty Tottenham Hotspur out of the League Cup at the end of September.  Compare this with today’s visitors’ record: just one point to show from their last five league games and a thrashing at Burton in the Cup from the same period. The omens from past clashes also favoured the U’s; if only just: six games played and five drawn with Colchester winning the other one last October at the Globe Arena. So Morecambe’s only hope – on past form – was that they had never lost at the Community Stadium prior to the game. Colchester’s Manager warned U’s players and fans alike against complacency before kick-off:

“They might be bottom, but they have been unlucky in a few matches that I have seen – not least even last week when they created plenty but lost against Bradford. We have to play to our full potential again, if we underestimate them or are complacent they will punish us and we will get nothing from the game.”

But would they get anything from the game?

There were relatively few chances during a first-half played under overcast skies in Essex. The nearest the hosts got to taking the lead was when Frank Nouble forced a good save from Morecambe captain Barry Roche after 25 minutes at the cost of a corner. Two minutes later, Dean Gerken took an easy catch from a weak headed effort from Cole Stockton. The U’s goalkeeper was forced into more serious action after 33 minutes when he did well to push a powerful strike from Lewis Allesandra – who had been played-in by John O’Sullivan – over the bar. Just three minutes before the break, Lewis beat Gerken from a free-kick but Ryan Jackson was in the right place at the right time to clear the ball off the goal-line.

So the visitors went in all-square and possibly a little unfortunate not to have taken the lead.

The hosts attempted to step-up the pace in the second period but again, the Shrimps had the first decent chance after the re-start. Only five minutes had been played when Gerken again excelled to keep out a powerful header from Sam Lavelle, who got on the end of an excellent cross from Lewis Allesandra. But with sixty-six minutes on the clock, the visitors took a deserved lead when Stockton registered his first goal of the campaign with a header from a corner taken by Allesandra. Lewis almost immediately doubled the visitors’ advantage four minutes later but he wasted a golden chance from a good position by firing the ball over the bar instead of hitting the target. United huffed and puffed after going behind but the nearest they came to pulling the game out of the fire was when Courtney Senior’s header from a Brendan Sarpong-Wiredu cross was brilliantly saved by Big Baz in the top corner of his net. Right at the end, Steven Old blocked a shot from substitute Luke Norris at the cost of a bloody nose but that was as near as the U’s came to grabbing a point from the game.

So Morecambe improved their excellent record at the Community Stadium, took all three points and kept a clean sheet into the bargain. Does it get any better? Yes, it does. Stevenage managed to grind-out a draw at Port Vale today but the Shrimps’ three points saw them-leap-frog over Boro to twenty-third position in League Two tonight. Jim Bentley has been calling for unity on and off the field this week and today, he undoubtedly got it. Well done to him; well done to the players – and well done to the travelling Shrimps’ fans, who were vocal in their appreciation of a fine win throughout. The loss saw John McGreal’s team fall to eleventh in League Two.