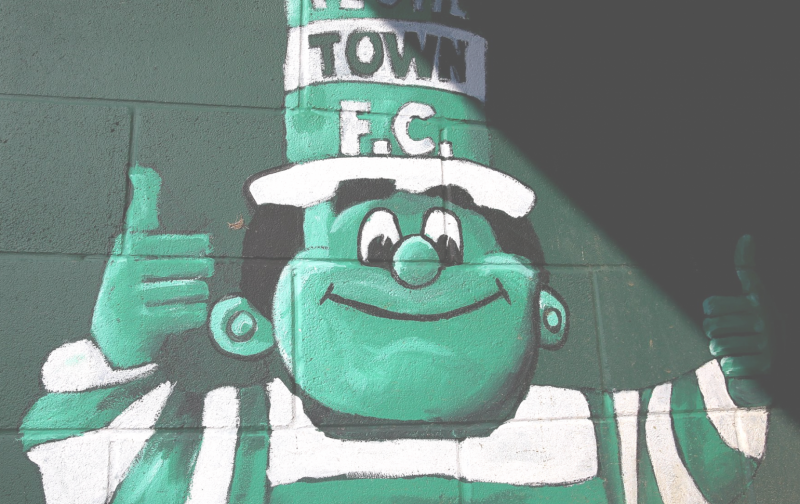 Morecambe visited Yeovil today to contest another key fixture at the bottom of League Two: the Glovers found themselves in twenty-first position, just above the Drop Zone but, crucially, one place and two points behind today’s visitors from Lancashire.

The game was played on the back of the Shrimps’ reverse at home against leaders Lincoln City last Saturday and Yeovil’s victory on the same day at Huish Park against fellow-strugglers Cambridge United. This broke a run of six consecutive defeats for  Darren Way’s men. Lincoln’s victory at the Globe Arena, on the other hand, ended a two match winning streak for Jim Bentley’s team. The omens favoured Morecambe very strongly before today’s game started. According to the Glovers’ own website, “Saturday will be the eighth meeting between the two sides with the Lancashire outfit coming out on top in five encounters. The last two matches have been decided by a single goal with Town going down at the Globe Arena 2-1 and 4-3 in the last two seasons. Yeovil’s only win came in March 2017.”

Off the field, Town have also experienced the sort of instability in recent times which has beset today’s opponents for the last few years. John Fry – who has been Chairman at Huish Park for the last 23 years – will step-down later this month and transfer control of the club to American lawyer Rob Couhig, leaving the club in the ownership of someone based several thousand miles away from Somerset.  This must be even more alarming for Yeovil’s fanbase than the fact that two Geezers from Essex are currently the owners of their opponents. But it could be even worse. Notts County were served a Winding-Up order yesterday by HM Revenue and Customs for an unpaid tax bill believed to be in the region of £200,000.  With Chairman Alan Hardy’s  interior design company going into receivership two days earlier as well and Hardy himself in the news for `accidentally’ tweeting nude images of himself to lucky recipients, things look truly bleak for a club which were five points adrift of safety right at the bottom of the EFL prior to kick-off today.

For the hosts, Tom James – the Green and Whites’ top scorer – was back in the starting line-up after suspension. Long-term injury victim A-Jay Leitch-Smith was unable to face his old employers but Jimbo found a space in his starting line-up for Rhys Oates.

The visitors went on to the front foot in the opening moments of the game. With four minutes played, Jordan Cranston slung over a corner and Richie Sutton got his head to it but the ball bounced off the home crossbar on its way over. A minute later, Aaron Collins went down when Omar Souwoumi may have caught him from behind but Referee Antony Coggins waved play on. A minute later, though, Courtney Duffus cleverly set-up leading scorer Tom James for Town with a long-range pass but James’ shot went inches wide. Nathan Baxter was then forced into action after eleven minutes when he managed to block Rhys Oates’ initial effort and then pushing his header from the rebound over the bar. Duffus then tried his luck a couple of minutes later but his shot was cleared away from the danger area by Steven Old for a corner. The visitors then took the lead after twenty-two minutes when Richie Bennett at the far post headed home a pearl of a cross from Collins on the Shrimps’ right wing. The home team nearly equalised after half an hour when Alex Fisher lobbed a cross over from the byline; Matt Worthington connected with it but Mark Halstead excelled himself yet again with a fantastic one-handed flying save to his right to keep the ball out of his net. His opposite number Baxter was forced into action right at the end of the half as he pushed Cranston’s free-kick over the bar. There was a scare at the other end as the visitors struggled to clear a cross during injury time but Morecambe went in at half time in the lead as the home crowd booed their own players and probably just about value for it.

Morecambe carried on as they had left off in the second half and Pietro Mingoia forced a save from Baxter within a minute with a shot from the edge of the penalty area. Four minutes later, Cranston’s shot was deflected by Adel Gafaiti but Baxter was still able to grab it. But the game changed after an hour as Alex Dobre weaved his way through the Morecambe defence, passed the ball to Duffus who played-in Tristan Abraham to smash the ball past Halstead to equalise for the Glovers. Barely had the fickle home fans stopped cheering than the men in the green and white hoops were ahead. Virtually from the kick-off, Alefe Santos did brilliantly to get to the byline and cross the ball. Substitute Francois Zoko took a shot as the ball reached him which was deflected into the path of Abraham, who slotted home to make it a brace within three minutes.  With a head of steam behind them, Yeovil’s Dobre than forced a save with his legs from Halstead after 68 minutes. The same player wasted a golden opportunity after 77 minutes when he blazed way over the bar when well placed following a counter-attack by Town. But the visitors kept plugging away and Steven Old equalised with a trademark header from a corner after 83 minutes. Straight away, though, Yeovil could have gone ahead again but Halstead came to the rescue once more when he tipped Zoko’s header away for a corner. But the hosts were not to be denied and scored what proved to be the winning goal when Seager hit a wondrous shot from a long way out which swerved into the net via the crossbar with just four minutes still scheduled to play. It was a tremendous strike and the Shrimps’ very bad luck that they just happened to be on the end of it today. There were ten minutes’ injury time at the end of the game and Halstead was pushed-up for a Morecambe corner at one point as the visitors tried to claw their way back into the match. But it was to no avail.

Disappointed as he would have been, Jim Bentley will have seen many positives from today’s performance. They were the better team in the first half and with a bit of luck would have returned to Lancashire with a point at the end of the game. For Yeovil, this was a critical win: it pushed them back above today’s guests into twentieth position. The Shrimps fell to twenty-first. Elsewhere, Cambridge won 0-2 at Grimsby to give themselves some breathing space but Macclesfield lost 3-0 at impressive Bury. Critically, however, bottom club Notts County and failing Port Vale could not conjure a goal between them at Meadow Lane and neither team are showing any signs of turning the corner as far as their abysmal form in recent times is concerned.