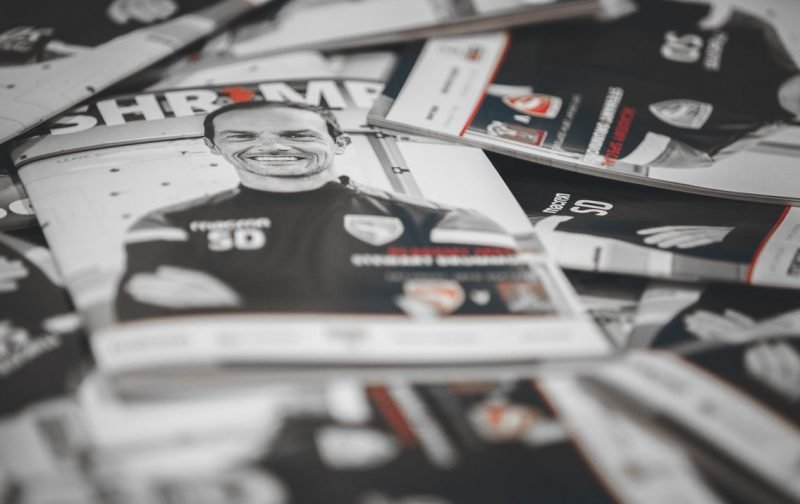 Shrimps Not So Shrimpy – For Once…

Well, it was Oldham Athletic against Morecambe Pathetic last time out to seal three losses in a row for Jim Bentley’s men against teams there or thereabouts around them in the basement of the EFL. Anybody who knows the simplest thing about football can see that the team the manager is putting out week-in, week out is not good enough to compete at this level. The defence is a shambles which plays at panic-stations most of the time; the midfield gives the ball away more often than it does anything creative with it and the forward line plays like a collection of individuals who have never met before, let alone played in the same side. A view from an Oldham supporter with a soft spot for the Shrimps last week on this site summed-up Morecambe at Boundary Park as `poor opposition; the Shrimps looked leaky at the back and lacked a creative midfielder.’ Brutal words – but true.

Jim Bentley must be respected for his refusal to duck interviews or front-up to fans in any circumstances. But the single thing that seems to confound nearly all Morecambe supporters is why he persists with players who don’t seem to be up to the challenge physically, psychologically or even in terms of their basic skills. There are players who clearly do not try; there are others who do try but obviously aren’t good enough to play at League Two level. Yet the Manager persists with the same small band of individuals week after week. There is nobody to direct the efforts in the middle of the action in the way he did himself as a player because the Captain is the goalkeeper. Barry Roche can’t carry the can for the Shrimps; the team’s apparent inability to keep a clean sheet cannot be blamed just on him. But he is not vocal enough to influence the game in any meaningful way. So why doesn’t the Manager change this? Jimbo has over twenty individual players to choose from in his squad. What is the point of having them on the books if they are never given a chance to prove themselves in the First Team? They could not do any worse than some of the people who are letting the Manager down with their performances – and implicitly their attitudes – week after literally pointless week.

Zak Mills came back to haunt his former employers last week at Oldham with a man of the match display for the Latics. So the script ready to be delivered today was that Vadaine Oliver would return to the Globe Arena and find the back of the net for the people who now pay his wages, Northampton Town. Keith Curle’s team arrived in twelfth position in League Two and a record of three wins, one loss and a draw in their last five league games. Today, Vadaine Oliver started on the bench for Town. He would be looking to improve on the Cobblers’ excellent record against the Shrimps: nine victories in seventeen previous clashes and only two defeats. Jim Bentley made some well-needed changes with Luke Conlan and Alex Kenyon additions to the first team and A-Jay Leitch-Smith also starting for a welcome change.

It was sunny and breezy after an exceptionally wet few days by the seaside in North Lancashire as the game kicked-off. The play was fairly even early doors but the hosts had the first half-decent chance of the game. After five minutes, Shaun Miller played-in his new strike partner A-Jay but David Cornell pulled-off a smart save to keep the Shrimps’ striker out. There wasn’t much action after that until George Tanner conceded a corner to the visitors after twenty minutes. Morecambe’s Achilles Heel – defending – came back to haunt them yet again because from the dead ball kick, Micky Adams slung over a perfect cross which an unmarked Jordan Turnbull headed past Barry Roche into his bottom left-hand corner. Nil-one to the Cobblers and at this moment, Morecambe were right at the bottom of the entire EFL. The Shrimps struggled to make any real impact despite an audacious overhead kick-come-shot by Alex Kenyon after about twenty-five minutes. Thirty-one minutes were on the clock when Turnbull made good progress into the Shrimps’ half; looked up and unleashed a curling shot from at least 25 yards which curled out of the reach of Big Baz and nestled low into the back of the net to make it a brace for the Northampton man. With the half almost finished, Miller took a shot from a long way out but his attempt missed the target altogether. It could have got even worse for the Shrimps when Andy Williams’ header hit the crossbar and went over during extra time but that was the final chance. So it was two-nil to the visitors at half time with Morecambe very much second-best so far.

The Shrimps started the second period quite brightly but with no penetration after some nice, neat passing. Having said this, Northampton had already clocked-up three efforts which missed before Andrew Tutte shot high and wide after 55 minutes. The visitors could have gone even further ahead with just over an hour played when Adams cut-in from the right and unleashed a shot which also crashed against the Morecambe bar. There was a long delay after this as one of the linesmen had to be replaced by the Fourth Official.

Once play re-started, substitute Adam Buxton gave hope to the home fans with a long-range shot through a crowd of players which seemed to deceive Cornell as it beat him low down to reduce Northampton’s lead to a single goal with twenty minutes of the game still to go. Jim Bentley’s team started to apply a bit of real pressure after this. After 82 minutes, the visitors’ goalkeeper came to the rescue again as he brilliantly turned another effort from A-Jay round the post after some pin-ball in his defence and a really good block by Captain Goode from substitute Aaron Wildig. Lewis Alessandra’s effort with eighty-five minutes on the clock was also blocked at almost the same moment as Stevenage conceded their single-goal lead against Cambridge to fall back to the bottom of the division.  It got even better in the second of ten added minutes when evergreen Kevin Ellison -who had just come on as a substitute – got on the end of a cross from the Morecambe right and equalised. Kev was then booked for his fairly typically uninhibited celebration of the goal.

However, Shrimps’ fans hearts were in their mouths in the ninety-fourth minute when the visitors hit the woodwork for the third time during the game: this time, Hoskins flicked a corner against the underside of the bar.

So Morecambe rode their luck and got what they probably deserved for the determination they showed during the second half: a point. This was a far better performance against a decent team than the Shrimps have displayed against much weaker sides recently. Jim Bentley will sleep more soundly tonight than he has done for a while: if his men continue to play with this application and determination, they can still hope to get out of trouble by the end of the season. They were helped by both Boro and Scunthorpe drawing at home from winning positions and tonight, the Shrimps remained in twenty-second position in the League Two table. Northampton, meanwhile, slipped to thirteenth.