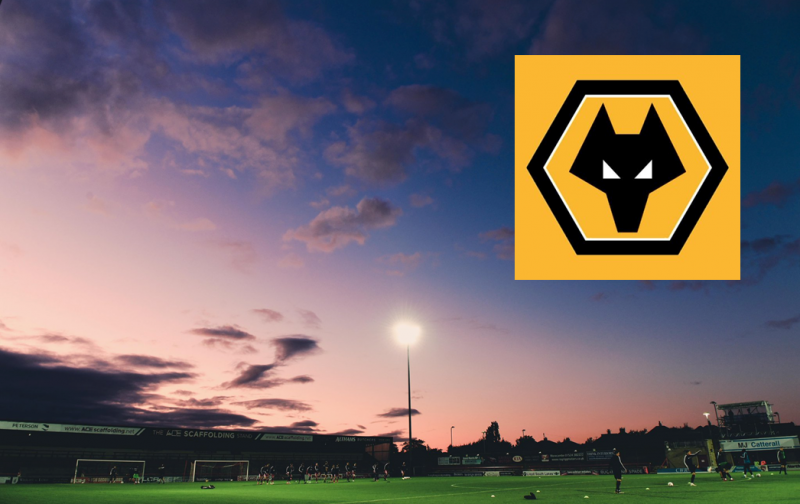 Wolves Pack Too Good For Shrimps

Rob Edwards brought his Wolves Under 21 team to the Globe Arena tonight for their Group G clash in the EFL Trophy. The Old Gold youngsters won 2-4 at Carlisle in their previous game, whereas Morecambe were bottom of the table following their 5-1 thrashing at Blackpool.  Benny Ashley-Seal scored a hat-trick for Wolves at Brunton Park last week and was clearly keen to make an impact once again tonight.

There was little to report for the first twenty minutes or so but the visitors looked sharp and well-drilled against a Shrimps team with eight changes to the one which drew against Northampton last Saturday.

Elliot Watt scored from a free-kick after twenty-four minutes with a shot from about twenty yards out which went under Mark Halstead’s dive in the Morecambe goal. Almost straight from kick-off, though, Jordan Cranston took a shot which was too hot for Wolves keeper Andreas Sondergaard to handle and Tom Brewitt was on hand to score his first-ever goal for the club as he belted it low into the net to equalise. Steven Old then made a mistake dealing with a header from Terry Taylor after half an hour and was left for dead as Austin Samuels took the ball from him and bore down on goal at top speed to slip it past a helpless Halstead to put the youngsters back into the lead. The team in the all-black strip came close again after forty minutes when Captain Watt let fly from the edge of the Shrimps’ penalty area only to be denied by a tremendous save by Halstead, who pushed the ball away for a corner. From this, Benny Ashley-Seal connected with the ball but his effort went over the bar.

The two players connected again during the opening minutes of the second half. This time, Ashley-Seal got his head to a free-kick delivered by Watt but fortunately for the hosts, the young striker was unable to keep his header down. Cole Stockton then came within a whisker of equalising after an hour when his tremendous shot from a long way out bounced back from the crossbar with the goalkeeper well beaten.  Morecambe dominated the play after this and their pressure finally paid off with seventy-two minutes on the clock when George Tanner’s shot also came back from the bar but this time, substitute Michael Howards was there to convert the chance to make things all-square with his first goal for the club. Samuels then came close for the visitors with a shot that just missed the target near the end of the game but despite five added minutes, the game ended in a draw and thus went to penalties. Wolves went first and Mark Halstead saved Watt’s spot-kick; Man of the Match Jordan Cranston then scored. Wolves scored again. Then Adam Buxton scored as well.  Dion Sampson then netted; John O’Sullivan made it three penalties out of three from Morecambe. Tsun Dai then netted for Wolves and Steven Old scored for the Shrimps. Benny Ashley-Seal then stepped-up for Wolves and scored. Finally, the key kick was taken by Michael Howard – but Andreas Sondergaard saved his shot. Austin Samuels scored next for the visitors and then Carlos Mendes-Gomes slipped on his run-up and put the ball over the bar to lose the game for the Shrimps. Wolves thus departed with two points; the Shrimps a single one which put them above Carlisle United, who have played one game fewer.