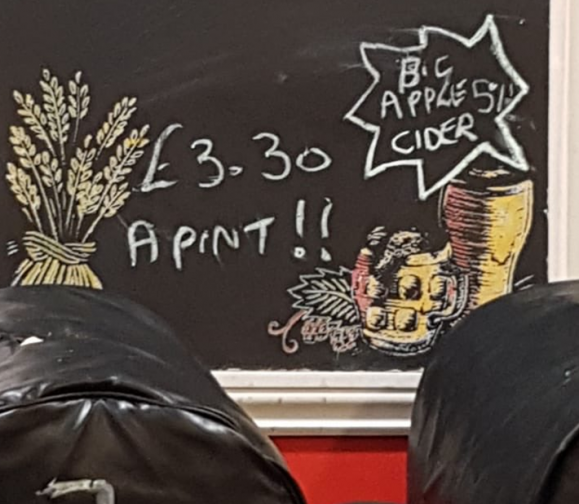 Exeter were the first team to play at the Globe Arena this season – and they won 0-2. Nothing unusual there – Morecambe’s record against City since the latter returned to the League is poor: they have won only three of fifteen matches against the Grecians. At the end of August’s game, though, the two teams inhabited polar opposite positions in League Two: Exeter at the very pinnacle and Morecambe rock bottom of the division. Since then, things have improved for the Lancashire club and got worse for the one from Devon: Exeter were seventh; the Shrimps twentieth before kick-off today.

Shrimps’ Manager Jim Bentley has had some good news and some bad news during the last few days: forward A-Jay Leitch-Smith has been ruled-out for the rest of the season with a bad hamstring tear but Tranmere’s highly-rated defender Ritchie Sutton has been signed on an eighteen-month contract. With promising youngster Josef Yarney having returned to parent club Newcastle, the newcomer will hopefully help to keep the Shrimps’ back door firmly shut. Jimbo, however, was probably more concerned about things further up the pitch: his strike force. Garry Thompson (scorer of the equaliser in Morecambe’s most significant game against City and arguably most significant match ever: the win in the Conference Play-Off Final at Wembley during 2006) was released after a long injury lay-off. Jason Oswell has also been sold to Wrexham having failed to fulfil his potential at Morecambe during the last week or so. With Vadaine Oliver unavailable due to injury, the boss’ choices – restricted at the best of times – were even more limited than usual today. Exeter boss Matt Taylor, meanwhile, lost last season’s leading EFL scorer Jayden Stockley to Preston just over a week ago and he has signed Motherwell marksman Ryan Bowman as a replacement. Today was the newcomer’s potential first game for his new club off the bench and he would be hoping to help keep City’s excellent run of form going: four wins in the last five games, including a two-nil win at Swindon last Saturday.

For those fans who made the journey to St James’ Park, there was plenty to enjoy before the game kicked-off today.  You could read your programme and wonder then about the Number Threes available today:  Pierce Sweeney for the Grecians or Luke Conlan for the Shrimps. But there was another choice as well, as the attached photograph indicates.

That’s what I would have chosen: Number Three. Imagine quaffing a pint of local Brewers’ Hanlon’s­ `Exeter Old Bitter’ whilst listening to Canned Heat, for instance, from a playlist chosen by fans and including Bring Me Sunshine by Ernie Wise and you-know-who.

Does it get any better than this? It would, of course, if Morecambe won. But would they?

It was grey and windy but dry as the game kicked-off in Devon. There was little to report during a first half of few chances for either side. Pierce Sweeney slung over a good cross for the home team after twenty-two minutes but when Nicky Law got on the end of it, he put his header wide of the goal. Up the other end, Kevin Ellison repeated the feat for the visitors a minute later. With half an hour played, Richie Sutton almost ensured a nightmare start to his Morecambe career when he deflected Craig Woodman’s low cross dangerously close to his own goal but fortunately for him not quite close enough.  The best chance of the half was created by the hosts after 34 minutes: following some good approach play by Exeter, Sweeney took a shot which Mark Halstead in the visitors’ goal did well to push onto the bar and over as it seemed to be headed for the top corner. His opposite number Christy Pym was also forced into action when he easily saved an attempt from Rhys Oates with forty minutes on the clock.

Kev had the first chance of the second period as he fashioned a shot for himself from outside the penalty area which Pym fielded without too much trouble. The visitors’ defence continued to throw their bodies at the ball – as they had done throughout the first half – and half-chances created by Jake Taylor, Lee Martin and then Sweeney again were all blocked during the first ten minutes of the re-start.  Kev was then denied again by a sliding block by Archie Collins after 54 minutes before Jordan Cranston tried his luck from 20 yards a minute later and missed the target. Both goalkeepers then pushed dangerous crosses away for corners which came to nothing before the hour mark. Just after it, Oates took a shot which only just missed the top corner of the City goal. The Shrimps came even closer with 73 minutes played: Andrew Tutte curled a Morecambe free-kick right into the top corner of the goal but Pym excelled himself to push the ball over the bar to safety. Both teams had half-chances after that but neither goalkeeper was seriously tested and the one thing of note was the debut for Morecambe of Cardiff City loanee Paul McKay during the latter stages of the match.

The goal-less draw was something Jim Bentley would probably have settled for before the game. The single point saw his team slip one place to twenty-first position in League Two, however. Elsewhere, Macclesfield pulled-off an excellent 0-2 victory at Grimsby and relegation rivals Cambridge sealed Notts County’s deserved position right at the bottom of the EFL with a win by the only goal of the game at Meadow Lane. For Exeter, the result could have been better: they slipped out of the Play-Off positions into eighth place.

Better, Bitter? I know what I would have preferred.